Playing To Your Strengths 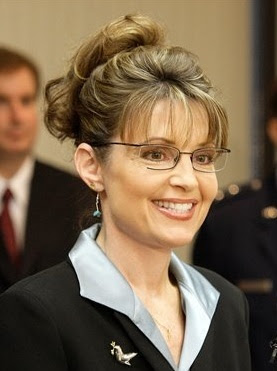 This morning, Fox News announced that it has hired Sarah Palin, former GOP vice presidential candidate for a contributing analyst position at the network. Since she burst onto the scene in 2008, Palin has been a polarizing figure, and certainly, some people find this new career change ridiculous, and others wonder if this means she’s out of the political running for a 2012 presidential run. As one Wall StreetJournal commenter put it, “If Palin wins in 2012, the Mayans were right.”

But politics aside, this move is a super-savvy one for both Palin and Fox, a classic mutual gain.

For Palin, this position vests her with authority from an established news source, helping her gain back some of the ground she lost when she resigned from her role as Governor of Alaska. And it definitely plays to her strength of public speaking. While I don’t agree with Palin’s politics, she is still a dynamic speaker, particularly when she is passionate about her topic. Yes, she’s not a whiz at naming her favorite books and newspapers, but when she gets up and speaks about family values, she inspires millions of Americans. This job will allow her to polish her on-air appearance, leverage her past experience in the political realm, and probably boost her popularity.

Fox, in turn, gains a captive audience—like her or not, most Americans can’t take their eyes off of her. People who love her will flock to the conservative news channel, and those who don’t will watch to listen to her distinctive dialect and wait for the latest verbal gaffe. No matter if she goes Rogue or Rouge, people buy books about her, magazine articles about her, and her name is a hugely popular search term. Additionally, this gives Fox a chance to say that they are diversifying, by putting a woman up against the manly likes of Glenn Beck.

What we can all take away from this sweetheart deal is that Sarah Palin and Fox are both playing to their strengths, particularly Palin. She knows that the camera loves her, and she is at heart, an entertainer. Her political career has certainly suffered from some missteps, but she is taking her strength of being a public figure and transferring it to television. And she’s also found a particularly strong cultural match in Fox News, which is something you should always look for in a new job. They share similar values and an aggressive temperament.

You don’t have to like Sarah Palin to admire her resilience.
Posted by KEHutchinson at 1:13 PM